Dr. Sidharth is a renowned and first specialized urologist in Muzaffarpur. He did his M.B.B.S. (1998-2003) from Kasturba Medical College, Mangalore & M.S. (General Surgery) (2005-08) from Institute of Medicine, Kathmandu, Nepal. Subsequently, he also did his M.Ch. (Urology) (2009-12) from the same institute. After finishing his M.Ch. in 2012, he started to guide young aspirants as an Assistant Professor at Noble Medical College, Biratnagar, Nepal from 2012 to 2015. He joined as a consultant at Life Care Nursing Home & Stone Centre in December 2015 and since then he is providing world-class urological services at Muzaffarpur.

His special interest is in endourology and has performed more than 2000 percutaneous nephrolithotomy surgeries for Kidney stones and was invited as faculty in multiple live workshops where he demonstrated and taught PCNL to young surgeons and urologists. Apart from endourology, he does lots of reconstructive surgeries like Pyeloplasty and Urethroplasty. To provide world class laser treatment of stone in Muzaffarpur, recently he has acquired 30W Holmium Laser for the treatment of stone diseases. 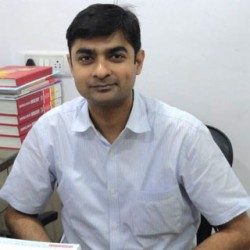