Tubal ligation – also known as having your tubes tied or tubal sterilization – is a type of permanent birth control. During tubal ligation, the fallopian tubes are cut, tied or blocked to permanently prevent pregnancy.

Tubal ligation can be done at any time, including after childbirth or in combination with another abdominal surgery, such as a C-section. Most tubal ligation procedures cannot be reversed. If reversal is attempted, it requires major surgery and isn’t always effective.

Tubal ligation is one of the most commonly used surgical sterilization procedures for women. Tubal ligation permanently prevents pregnancy, so you no longer need any type of birth control. However, it does not protect against sexually transmitted infections.

Tubal ligation may also decrease your risk of ovarian cancer, especially if the fallopian tubes are removed.

Tubal ligation isn’t right for everyone, however. Your doctor or health care provider will make sure you fully understand the risks and benefits of the procedure.

Urologist in Muzaffarpur may also talk to you about other options, including long-acting reversible contraceptives such as an intrauterine device (IUD) or a birth control device that’s implanted in your arm. An alternative permanent option is hysteroscopic sterilization, in which your doctor places a small coil or other insert into the fallopian tubes. The insert causes scar tissue to form and seal off the tubes. 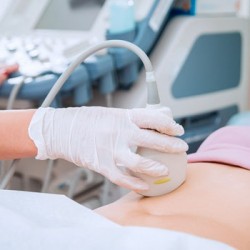